London, the capital city of England and the United Kingdom, is a 21st-century city with history stretching back to Roman times. At its centre stand imposing Houses of Parliament, the iconic ‘Big Ben’ clock tower and Westminster Abbey, site of British monarch coronations. Across the Thames River, the London Eye observation wheel provides panoramic view of the South Bank cultural complex, and the entire city.

The climate of London is highly diverse. It has a temperate oceanic climate similar to all of southern England. Summers are generally warm. Winters are generally cool, cloudy and damp with little temperature variation. Snowfall occurs occasionally and can cause travel disruption when this happens. Snowfall is more common in outer London. Spring and autumn are mixed seasons and can be pleasant.

London is one of the world's leading tourism destinations, and the city is home to an array of famous tourist attractions. The city attracted 19.1 million international visitors making it one of the worlds most visited in terms of international visits. A tourist stall selling various London and United Kingdom related souvenirs on the edge of Trafalgar Square on the Strand. The London Eye is a giant Ferris wheel located on the edge of the River Thames.

It is 135 meters tall and has a diameter of 120 meters. A short walk away, the area boasts the London Aquarium, Big Ben, the Houses of Parliament, Westminster Abbey and Nelson's Column. In 2013, the tallest building in London, the Shard, opened a viewing platform to the public. Other major tourist attractions in London include the Tower of London, Buckingham Palace (although this is only open to the public during a limited number of months in the summer), Tower Bridge Experience, Madame Tussauds, ZSL London Zoo, London Dungeon and St Paul's Cathedral. 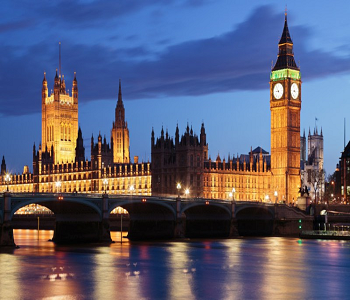 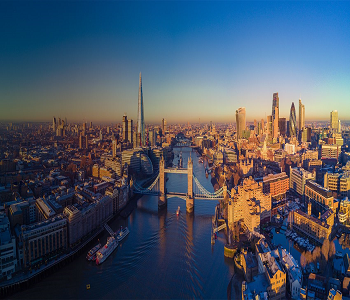