Conference Series Ltd invites all the participants across the globe to attend 47th World Congress on Microbiology London, UK.

Keynote: A moster live in my kitchen! 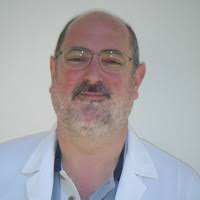 Dr.J. Iñaki Álava (M) – Born in Caracas (Venezuela) (1960). He obtained his first degree in Chemistry (MSc) at the University of Basque Country (Spain) in 1981. He moved in 1982 to the Research & Development at the Ramon y Cajal Hospital (Madrid -Spain), performing toxicology research granted by the Spanish Research Council. During the period of 1983 to 1986, he worked in the pharmaceutical company ALTER as a research scientist, participating in the development of new pharmaceutical products. He continued at the Cell Culture Unit in the Haematology Dpto., in the Ramon y Cajal Hospital (Madrid - Spain) for a period of 3 years. He obtained a doctorate (PhD) in Biochemistry by the University of Alcalá de Henares (Madrid) in 1989. During the period from 1988 to 1991 he was Technical Manager of the consultant Company SEIC. Since 1991, Dr. Alava is a member of the research staff of Health Unit at INASMET-Tecnalia As part of the research staff, has participated and led a relevant number of international projects in Biomaterials field and is author of more than 40 scientific papers and member of many scientific societies. Until 2011 is staff of Basque Culinary Center as Doctor Professor of Mondragon University.

Title: A moster live in my kitchen!

Fermentation, cultures of microorganisms, pasteurization, sterilization and many other scientific processes which have their origin in many culinary processes, that are more or less handmade. Today, where biotechnology and microbiology are part of our daily lives, we have to look at the microbiology in our kitchens. When a popular chef on TV, mixes a salad with dirty hands, we never ask any questions on whether it is right or not.

These last couple years, our group has been focused on microbiology in the kitchen. Surprisingly, we have found a high quantity of undetected microorganism on, restaurant menus, cutting boards, chef’s hands, clothes and accessories. Theoretically modern hygienic procedures ensure the safety of food, in the kitchen of homes and restaurants, but every day, we listen to news about food contamination illnesses. We do not understand why, but a monster is living in our kitchens. 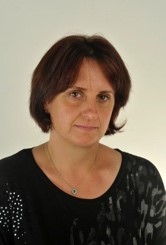 Vitis vinifera is a Mediterranean crop with relevant impact on the Italian landscape, culture and economy. The rhizosphere is a hotspot where the release of root exudates modulates bacterial density and diversity. Despite the high bacterial number found in rhizosphere, only 1-10% of the soil bacteria are able to grow on laboratory media, so that the majority of the bacterial cells in soil results to be viable, unculturable, but active; even more, this percentage change according to the host plant. Thanks to culture-independent methods (metagenomics) the complexity of the soil/rhizosphere microbial community has been explored. However, metagenomics doesn’t provide information regarding the activity and the molecular interactions between the bacterial communities and roots. Proteins are the drivers of cellular activities encoded by the genome. Therefore, proteomic tools could be useful to gain information about microbial community activity and to better understand the real interactions pathways between roots and soil. A comparison between the microbial community structure in rhizosphere and bulk soil using metagenomics (pyrosequencing of 16S rDNA) and proteomics (MS/MS analysis of the total protein occurring in soil samples) was performed.

Actinobacteria were the dominant class in all the soil samples, followed by Proteobacteria, Gemmatimonadetes and Bacteroidetes. While Actinobacteria and Proteobacteria are well known as dominant in soil, for the first time, members belonging to Gemmatimonadetes have been observed in vineyard soils.  Bacteria belonging to Streptomyces, Bacillus, Bradyrhizobium, Burkholderia and Pseudomonas genera were the most active. Concerning the biological activity of these genera, in the rhizosphere, we observed the exclusive presence of phosphorus metabolic process and the regulation of: biosynthetic, cellular, macromolecule, nitrogen compound and primary metabolic process.

Our results underlined the difference between the metagenomic and metaproteomic approaches and the potentiality of proteomics in describing the environmental bacterial communities and their activity.